The MYTH of State Minimum Liability Car Insurance in Oklahoma

Should I have more than state minimum liability car insurance in Oklahoma? Am I really better protected or is it just a false sense of security?

If you’re asking the question, you probably already know you should have more than the minimum coverage.

But wouldn’t you like to know WHY having more than minimum liability car insurance is important?

Oklahoma law requires the owner of a car to have liability insurance that will pay at least $25,000 for bodily injuries of an individual and $50,000 as a cap for all injuries the driver causes. The minimum coverage for the repair or replacement of property the driver causes is another $25,000.

Most fender-bender accidents will likely not exceed these amounts. But IF/WHEN a car accident results in expenses that are greater than the amount of liability insurance, then you are responsible for paying the difference.

Here is an example: You hit the car in front of you. Let’s say it’s a 2015 Ford Escape with only the driver in the car.

This isn’t a story I just made up to scare you into feeling like you need to buy more insurance; it’s an actual claim.

Don’t make the mistake of thinking that because you aren’t rich that you can’t or won’t get sued in a car wreck where you are at fault.

The reason you should carry higher limits of liability car insurance is to protect your own income if you are at fault in an accident.

If you have kids driving, it’s absolutely important. Young drivers are far more likely to be at fault in a car wreck. Mom and Dad are the ones that are going to have to pay if that happens. 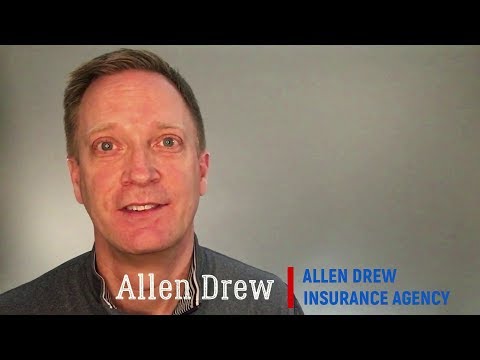 It’s a myth that carrying high limits of liability coverage will cost a lot more.

Most people can have 10 times more liability coverage for only a few dollars more per month, than minimum coverage. Why would an insurance company provide that much more coverage and not charge a lot more for it?

I’m glad you asked, because that’s what I think is very interesting too!

Now I’m going to paint with a broad brush here, so remember insurance rates are determined by dozens of factors. The amount of liability coverage a person chooses is only one of those factors.

Insurance companies are usually THE SMARTEST PEOPLE IN THE ROOM when it comes to statistics. They know who poses the greatest risk of costing them money.

Carrying higher limits of liability suggests to the insurance company that you understand the value of insurance and are likely more thoughtful in other parts of your life, like DRIVING.

What if the knucklehead who hits you has only  state minimum liability car insurance, or worse, they have no insurance coverage at all? Read on…

Uninsured Motorist coverage is the substitute for the liability coverage the other driver was supposed to have. For a more detailed explanation of this coverage, read our blog on here:  WHAT IS UNINSURED MOTORIST COVERAGE?

Having Uninsured Motorist coverage on your car insurance policy can help you avoid the need to sue the other driver and wait years for them to pay you what they owe. Don’t worry, your insurance company will use every legal option to pursue that uninsured person and get the money back!

There are other coverages you can add to your car insurance policy to take more of the financial sting and inconvenience out of your next car accident.

“I have full-coverage, so I’m not worried.”

Really? “Full-coverage” is often applied to car insurance, but it doesn’t mean you have all the coverages you may want. Dig a little deeper into your car insurance policy and make sure you understand how you’ll be protected in your next car accident.

If that’s you, it’s probably not your fault!

Insurance companies and salespeople focus most of their advertising and discussion on how much you’re paying. Why wouldn’t you think in terms of price?

No one likes to spend money on insurance. But if you’re going to, doesn’t it make sense to have confidence in what your policy will do when you have your next claim?

Having a conversation with an insurance professional who’s interested in educating you just as much as they are interested in selling you the policy, is the place to start.  If you haven’t found someone like that yet…You just did.

Or, complete this short form and we’ll reach out to you.

Please complete the form below for a quote.

Are you ready to save time, aggravation, and money? The team at Allen Drew Insurance Agency is here and ready to make the process as painless as possible. We look forward to meeting you!